Well, it’s that time of year where we hit a double shot of special months here at Forever Cinematic.  First off, September brings the second year anniversary.  It’s very weird that it’s only been two years.  It feels like a long, long time ago when it was 2011, but 2012 feels like it was yesterday.  This year has gone by way too fast for my comfort, but I have been exposing myself to far more movies than ever before.  Anyway, I am hoping to pound out a lot of reviews before the end of September for this occasion because I am seven reviews away from my 200th review on Forever Cinematic.  Of course, I have a couple of special favorites in mind to celebrate this, and a few films I’ve been trying to get around to recently.  Last year, the 100th review landed right in the middle of Forever Horror Month in the form of Hellbound: Hellraiser II, and I’d rather have free reign to choose number 200 this year.  Many reviews are half finished waiting for time to balance itself out for me.  Plus, very shortly, I plan to do a video review retrospective on the first six films in the Star Trek franchise – the movies featuring the full original cast and crew.  That should hit in the next week.

And of course, Forever Horror Month returns this October, but I won’t be pushing for one review posted per day.  I do have over twenty horror films I want to get around to watching and reviewing, but I don’t want to overtax myself this year.  With that said, you can likely expect reviews for the Scream movies, the original Dawn of the Dead, Horror of Dracula, Poltergeist, Rick Rosenthal’s Halloween sequels, and probably a couple of rather bad horror movies.  I like to rant about crappy movies every once in a while.  You’ve gotta know which films to avoid, too.

And since September contains a Friday The 13th, I am planning to do a couple of special tributes to the slasher film franchise including an all encompassing video review of all twelve movies.  Also, ten years ago, a friend and I attempted to make a Friday The 13th fan film on a VHS camcorder.  It wasn’t much, but it’s a sentimental loose thread for me, so, I am working on a reconstruction of that 10 minute short.  All of this will appear on the RavensFilm Productions YouTube Channel in the coming weeks in addition to a review of Riddick.  I am hoping to stop procrastinating and watch and review Pitch Black and The Chronicles of Riddick in the next week.  All three of those films will be reviewed here, in the written form, first!

I know me writing movie reviews is hardly a unique or important thing, but I have greatly enjoyed writing each and every one of these nearly 200 reviews over the last two years.  I just hope circumstances allow me to continue doing this as I have a number of film, video production, and web design obligations in September and October.  Beyond that, I am dedicating a lot more time to opening up new opportunities for myself to bolster my income.  I appreciate all of the support and feedback all of you offer, and you can expand your view of my content to that YouTube Channel with all of my short films, music videos, audio commentary tracks for my films, movie trailers, the Forever Cinematic video movie reviews, and various other things that my creativity sparks into being every so often.  So, I hope you all enjoy the reviews that are coming up.  They are a reflection of my passion and love for film, and if there are any movies you’d like to recommend to me, feel free to do so.  Thanks much, and take care!

I’ve been wanting to post this for a while, but I’ve been kept out of being productive due to a couple things.  However, for the moment, I’m feeling back to normal, and ready to get back to being my usual productive self.

We’re coming up on the one year anniversary of Forever Cinematic, and I want to thank everyone who has followed the blog since September, 2011.  For this, I want to get reviews of some of my very favorite movies out such as the Michael Mann 1986 film Manhunter, which inspired my own short film Dead of Night (which has recently been re-released on Special Edition DVD and Amazon Instant Video).  I also hope to have my review written up for the original Star Wars.  I’m very anxious to finish off my reviews of the saga before the end of the year.  The prequels were a very arduous task, and I couldn’t be happier that they are history, now.  So, I get to focus on celebrating the positives in the saga soon.  I also plan on writing a peculiar review of the 1987 movie Masters of the Universe.  A childhood favorite that has been lambasted over the years, but I’ll detail my positive marks about the film much like I did in my review of Highlander II: The Quickening.  If for nothing else, He-Man is my second favorite superhero right behind Batman.

Beyond that, since I still have a backlog of reviews to update from the old Forever Horror website, I have decided to release one new horror movie review every day in October to bolster the Halloween spirit.  This will be dubbed “Forever Horror Month.”  I am polishing up many of those old reviews, and I will be writing up brand new ones that will range the full spectrum of good to terrible.  So, it won’t be a full-on horror love fest, but there will be plenty of balance to keep the onslaught of reviews interesting.  If I build up enough reviews, I may do multiple reviews from a single franchise on one day such as Phantasm, Hellraiser, or Halloween.  I will finish out my reviews on the Friday the 13th franchise as well.  The second week in October will be a full-on “Vampire” theme week, and I am already seeking out some films I have not seen before including some classic Dracula movies starring Christopher Lee and Frank Langella.

I enjoyed the more than ten years I was a webmaster at Forever Horror, and while the site has faded to an old memory, I feel this is a strong way to pay tribute to it.  For most of those years, it was just me running the website, but for my friend and site creator Joey Benedetto and the short term movie reviews staff I had, I want the spirit of Forever Horror to live vibrantly one last time.

Because of my love of movies and being an independent filmmaker myself, I highly enjoy writing these reviews and sharing my love and opinions with all of you.  Maybe these reviews have helped you to check out some films you’ve never seen, or have rekindled your love for something you haven’t seen in a long time.  Maybe you’ve just been able to see the other side of the argument over whether a movie is good or bad.  We all seek out like-minded opinions, but if we all had the same opinion on everything, it would be a very dull world.  So, thank you for your interest and support.

If you would like, you can visit my personal website, The Online Home of Nicholas J. Michalak, to learn about more of my interests, and see a list of my complete DVD collection.  I have amassed more than 500 titles since October, 1999.  I also have a section of video editing projects I have done as fan made trailers and music videos for some of my favorite movies and television shows.

Forever Cinematic exists in several forms on different websites including the YouTube Channels of the Forever Horror Video Archive and Cinematic Trailers.  You can connect with Forever Cinematic through social media at the links below: 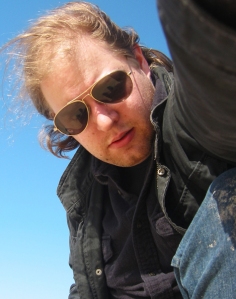 Greetings.  My name is Nick Michalak.  As many people are, I have been a lover of movies my entire life, but uniquely, my fandom has driven my passions further into creative realms.  From being a very amateur short story writer to screenwriter to now independent filmmaker in the suburbs of Chicago, movies are indeed a major part of my life.  However, movie reviews are something I’ve been writing since I first launched my personal website back in the mid-to-late 1990’s, and my skills in doing so have only improved over time.

Forever Cinematic is a fusion of two ideas and websites. The first was a horror movie website founded in 1998 by Joey Benedetto & myself. The name FOREVER HORROR was coined by me after Joe had many failed ideas before I joined the site as site designer and webmaster.  While the site never really took off, popularity wise, we prided ourselves on delivering reliable horror franchise news, reviews, and multimedia content.  However, over time, Joe was unable to continue contributing to the site due to school responsibilities, and thus, it fell upon me to keep the site running solo.  Even the influx of a small movie review site staff was only temporary as the site wound down at the start of 2009, and it has lied dormant since.

Meanwhile, on YouTube, I launched two channels.  The first was a revamped FOREVER HORROR multimedia archive.  The other was a more general site called Cinematic Trailers as answer to usually finding nothing but poor quality trailer uploads.  I maintained that it would be a haven for high quality trailers of classic and modern films.  Now, with the desire to begin doing movie reviews again, and to officially fuse these two channels into a joint entity, FOREVER CINEMATIC was launched!

I have prided myself on writing very thorough movie reviews over the years.  As with the YouTube channel, I was tired of going to websites to read movie reviews, and finding short, shallow, and quick and dirty reviews that gave me little to not substantive insight into the quality of a movie.  So, if I decided to post a critique of a film, it would be a well thought out collection of thoughts, feelings, and passions.  As an independent filmmaker myself, I have a strong sense of what makes a film good or bad and everything in between.  I believe I have a unique and passionate insight to offer into a all different genres of film spanning the mainstream into more obscure territory.  At the end of it all, it’s simply my own opinion, but I believe writing these reviews helps to celebrate certain films, bring attention to ones that you might not have seen, and weed out the less than desirable ones, to say the least.  I hope you will enjoy what you read here, and if you do, there’s more to be seen now via the video movie reviews over on my RavensFilm Productions YouTube Channel.  Thank you for check out Forever Cinematic.  I encourage interaction and your opinions on all of these films that I review.